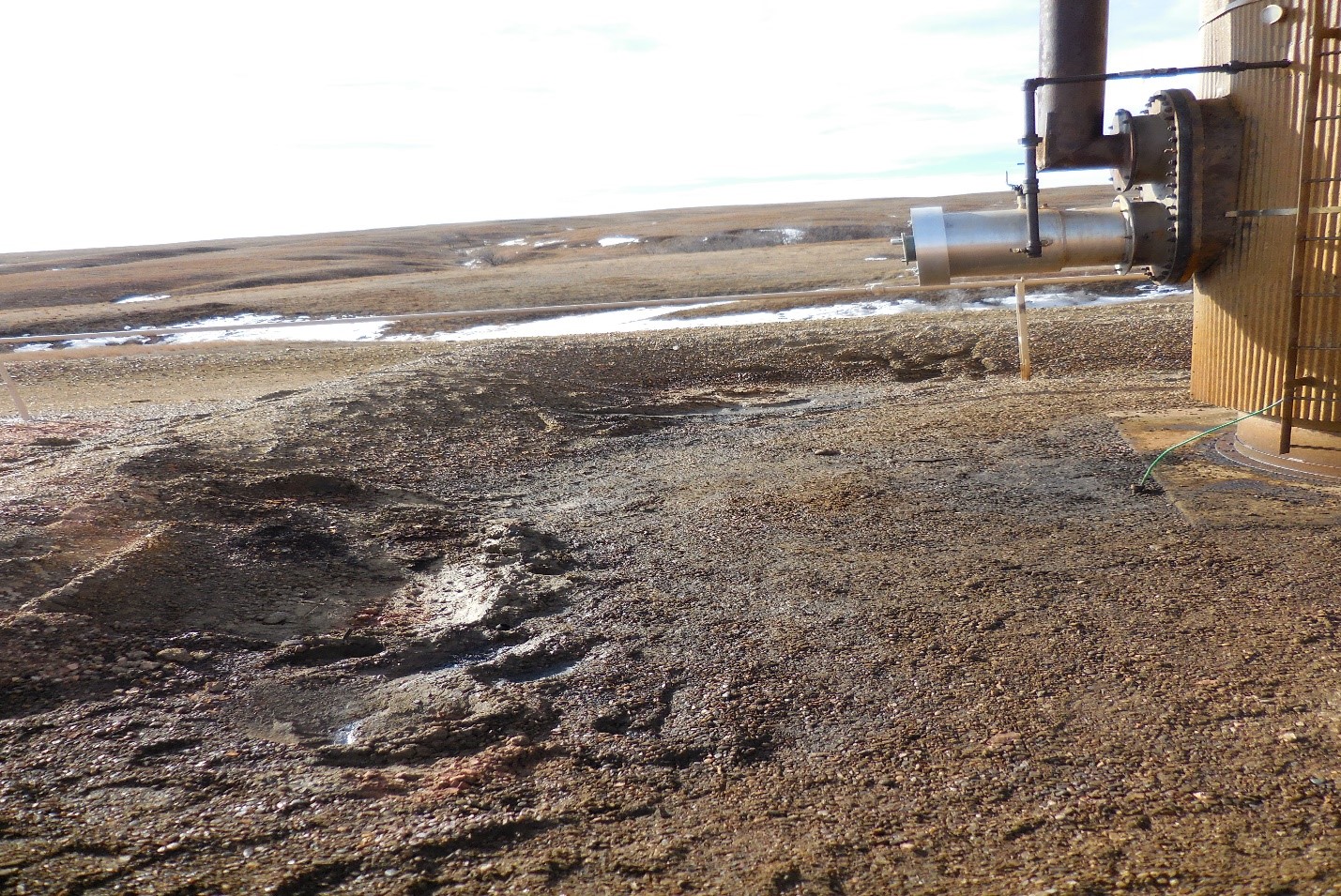 Heater treaters have traditionally been used to speed the separation of oil and water emulsions by applying a little heat. They’ve worked well for the past 50 years, but now they are under new demands to help the industry achieve North Dakota’s new vapor pressure standards. In short, they’re getting a workout, and it has increased the potential for failures that can lead to saltwater spills and even, in some cases, explosions.

A number of new inventions are circling the problem, such as Statoil’s recent efforts to develop a chemical process to bypass heater treaters altogether, or a different heater treater altogether developed by Wayne King with TecValco, one that the inventor believes will reduce the overall footprint of a well pad.

Now comes a third invention. This one does not change heater treaters at all, which many in the industry are reluctant to change since they have been considered reliable and good enough for the past 50 years. Rather, the new invention allows a non-invasive scan, without stopping well production, that can tell an operator when it’s time to replace the fire tube.

The new approach was developed by Elite Energy Services, a family roustabout business established in the Bakken in 2012 by Derek Allen. They specialized before the downturn in pulling out heater treaters to check them for weak spots, or changing out pipes that had failed — all the while thinking there had to be a better way than visual inspections or tapping a pipe with a screwdriver to see if it’s weak.

There wasn’t a lot of time to really think about that better way during the boom, but then the downturn hit. There was plenty of time to think. And a new urgency.

To survive, the family business needed something new in its lineup that competitors didn’t have.

That, or they’d have to pack up and go home.

When oil comes out of the ground, a substantial portion is emulsified with deep, deep water that lies far below the water table. This brine has had millions of years to leach salts and minerals, and is referred to in the industry as produced water.

That’s its name, but corrosion is this brine’s aim. It is 13 to 15 times saltier than the ocean, and can eat metal for breakfast, lunch and dinner.

Heater treaters were invented to separate oil from this corrosive brine, and under old parameters were fairly reliable. A metal fire tube is looped through a tank containing the oil-water emulsion, heating it up just enough that the oil is freed to float away. The brine gets left behind.

Heater treaters can be pulled out for inspections, but the weak spots aren’t always readily apparent, and pulling them out not only means stopping a well’s production, but draining 80 or so barrels of fluid.

Many units thus fail before discovery, usually in small ways. Pinholes lead to tiny drips and drops. But the holes can also be much larger. And sometimes, depending on how large and sudden a failure was, they can also lead to explosions.

The well doctor will see you now

X-rays and ultrasounds were the first, most obvious avenues for a solution. But both of these would still require a heater treater’s fire tube to be pulled out, stopping well production, and requiring 80 barrels of fluid to be drained and managed. The costs involved with all of that weren’t necessarily feasible, and there could still be some blind spots in the scan, due to the curvature of the pipes.

“We knew this had to be fast and accurate,” Allen said. “And it couldn’t cost a whole lot.”

Their answer, it turns out, was far afield from the Bakken oil and gas industry.

“I got some of the ideas from medicine to a certain extent,” Derek’s father David Allen said.

Consultants from Germany and Great Britain helped them refine their idea into a process that uses magnets and electrical current to map the heater treater’s internal fire tube without taking it out of the well or stopping production. If inspectors find a hole, there would be no electrical current in that spot, and this can be mapped out by a computer program showing exactly where and to what extent there are weak spots.

“To a certain extent, that is what an MRI is,” David Allen said.

But in this case, the patient is a vital piece of oilfield equipment. The prototype for the Allens’ Internal Fire Tube Scanner costs around $250,000, and David and Derek joked that the family was on a rice and bean diet throughout the downturn, just hoping their idea would work out before they starved.

Fortunately for them, their idea has not only been catching on, it’s already prevented what were potentially serious and costly spills in the Bakken.

“We did a scan on a treater that was on a hill straight up from a herd of cattle and their watering source,” Derek Allen said. “If that would have leaked, all the saltwater would have gone into that pasture. We were able to identify this spot right here, where 85 percent of the fire tube was gone and give them a 10-day warning.”

A small $500 scan is cheap prevention for such a costly cure, Derek Allen said.

“We gave them that report and they went out the following Monday with crews in an organized fashion,” David Allen added. “We gave them a couple days to get things in place in a proactive instead of reactive way.”