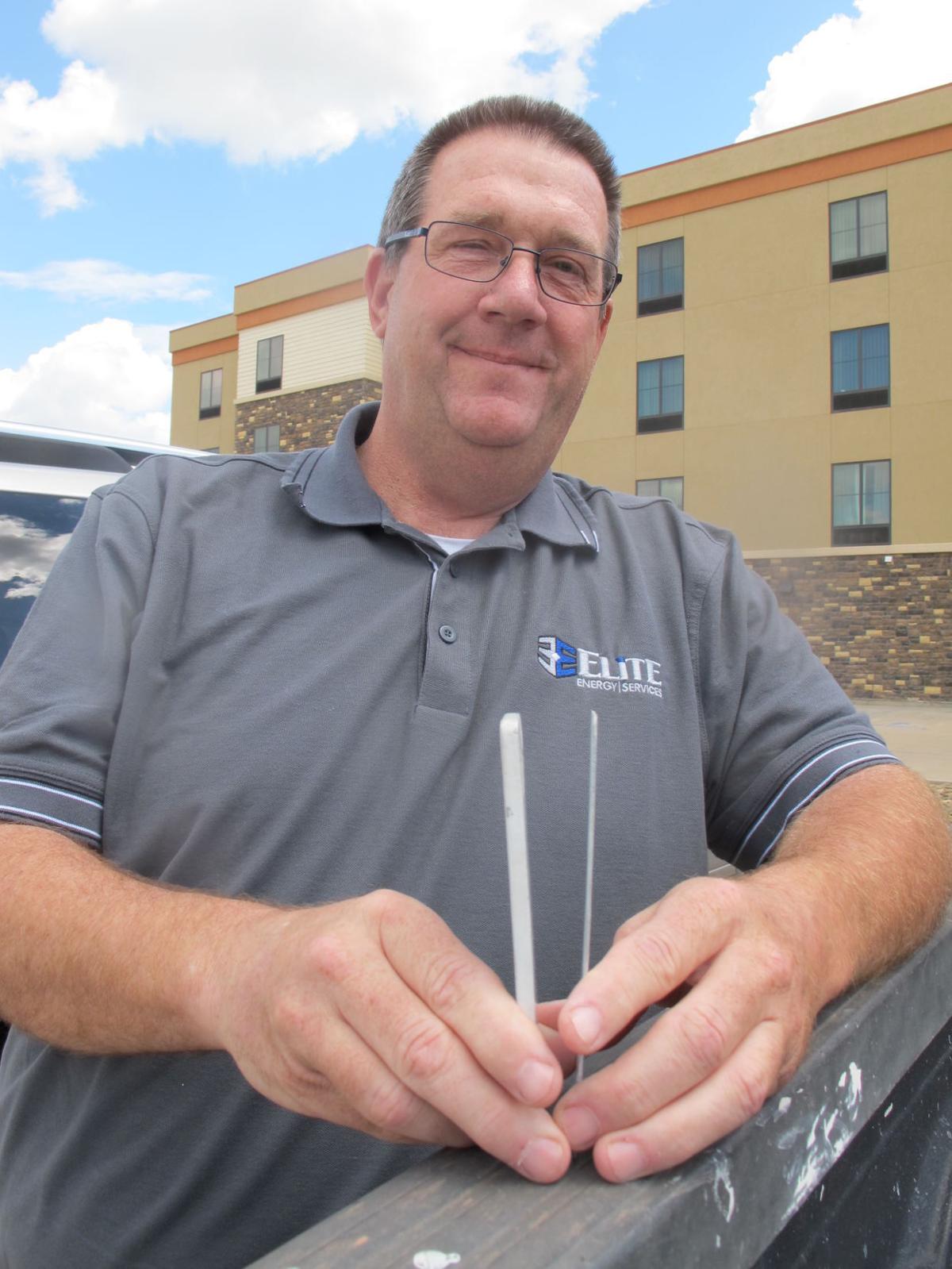 WILLISTON — David Allen’s family made it a mission to prevent dangerous and toxic spills in the oil patch.

Working with consultants in Germany and Great Britain and at substantial expense, they’ve patented a device that could make the oil patch cleaner in the long run. More importantly, it could help prevent the severe injuries and fatalities that do occur during repair and maintenance of the volatile treater units.

Made of dense powerful magnetic plates, coaster wheels and a sensing surface, the Internal Fire Tube Scanner goes where nothing has ever gone before, into the fire tube inside a well’s heater treater unit.

Heater treaters separate a potentially dangerous and toxic mix of saltwater, oil and gas from the oil well. Because the carbon steel fire tube is inserted into the lower heavier salt water, it’s subject to the constant corrosive effect of salt. Until now, the only way to know if a fire tube is corroded and subject to leaking is to shut down the well, drain the 80 barrels of fluid in the treater, pull out the tube, knock it with a hammer then try to examine the steel under the crusty salt layer.

The other way is to wait until it does leak, which it will, eventually, if left unchanged long enough, Allen said.

In one of those unintended consequences, a relatively new regulation aimed at reducing the volatility of Bakken crude has actually caused more corrosion. That’s because the heater treaters have to be operated at a higher temperature inside the fire tube to drive off some of the volatile compounds, he said.

“This is one place that will always fail, but generally there’s been no way to tell if it’s failing until a leak. There’s never been a way to diagnose that,” Allen said. “Me, my two boys and my wife, we wanted to see if we could make a difference.”

The family operates Elite Energy Services, a business started in 2012 that has gradually specialized in cleanup from heater treater spills and fire tube maintenance.

It’s an honorable occupation, but saltwater spills, especially if they occur multiple times over the life of the well on the same well pad, are inherently damaging.

“Some spills clean up really well, some don’t. I think over the 30-year life of a well, you very well could have damaged soil. We are learning that salt migrates and plumes out into the soil. Landowners are getting frustrated,” Allen said.

With that in mind, Allen family members bent their energy toward prevention.

“We wanted to see if there was technology somewhere to determine if these are going to go bad before they go bad. We started looking and called every place in the world. We figured we have to have something that goes inside the pipe. It needs to be cost-effective, accurate and user-friendly,” he said.

Many months  and $250,000 later, they now have a prototype scanner that can be deployed inside the tube. The sensors provide a graphic depiction of the thickness of the tube by measuring the resistance of the metal and the highest peaks on the graph correspond to the thinnest metal.

“We’ve done about 15 scans so far and most are at 50 percent,” said Allen, meaning that half the metal has corroded away.

A scan costs less than $700, cheaper than the $4,000 to replace a fire tube and much cheaper than if the well has to be shut for an extended time. And that’s nothing compared to the priceless measure of a human life lost from accidents around the flammable liquids.

Allen said a scan maintenance schedule would open the door to replacing the tubes on a planned basis, rather than in response to an emergency, when accidents are more likely to occur.

A scan takes about 45 minutes to complete and a report is generated instantly.

“They either pass or fail. If they’ve got spots at 75 percent (metal corroded), they don’t have a lot of time,” he said.

Eric Genet is president of the Mon-Dak Safety Network, a chapter of the National Service, Transportation, Exploration and Production Network, that focuses on safety practices in the oil and gas industry.

The Allens are currently demonstrating the Internal Fire Tube Scanner to company representatives, aiming to sell the idea that an ounce of prevention is worth a pound of cure. Each of the 13,600 wells is equipped with a heater treater unit, so there is potential for the device to have a substantial impact on spills and safety.

“Why should we accept tube failure as a normal practice if we can prevent it?” Allen asks.